Kamehameha The Great — His Life in Kailua-Kona 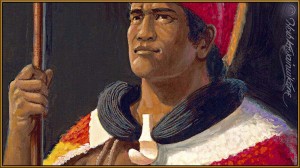 Born on the Big Island in North Kohala, King Kamehameha I was destined for greatness, eventually to become the unifier and ruler of the Hawaiian Kingdom.

From 1812 to 1819, King Kamehameha I spent the last years of his life residing in Kailua-Kona at the royal compound of Kamakahonu, the first capital of the Hawaiian Kingdom. Home for centuries to the high chiefs of Hawai‘i, Kamakahonu includes the sacred temple, Ahu‘ena Heiau (Burning Altar), which had previously had served as a luakini (sacrificial temple) for the war god, Ku. When Kamehameha I returned to Kona in 1812, he restored and rededicated Ahu‘ena Heiau to Lono, god of peace and prosperity.

From his compound at Kamakahonu, Kamehameha The Great conducted the affairs of government for the Hawaiian Kingdom at Ahu‘ena Heiau, which served as Kamehameha’s seat of government until his death in 1819 at Kamakahonu. The great king’s body lay in state at Ahu‘ena Heiau before being transported to a burial site, that today, still remains a mystery. 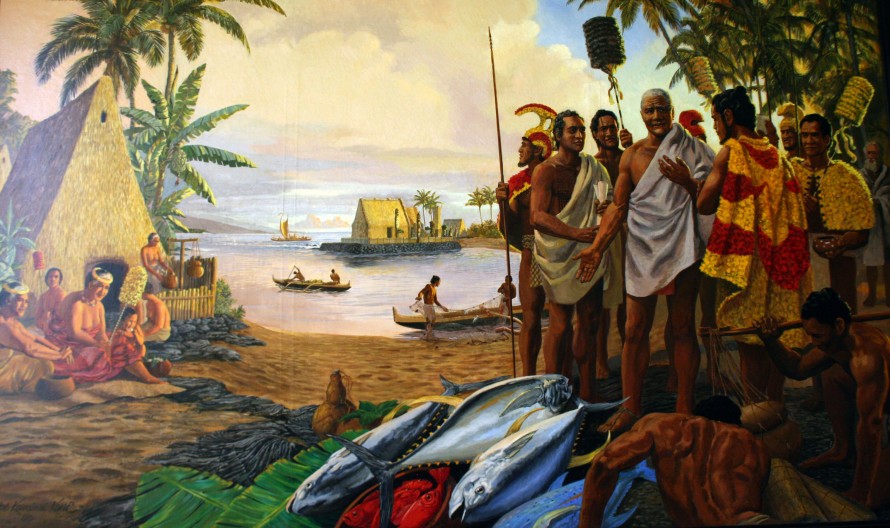 “The consolidation of the Hawaiian Islands by Kamehameha into one kingdom was one of the greatest achievements in Hawaiian history,” writes Richard Wisniewski in The Rise and Fall of the Hawaiian Kingdom, published in 1979.

“High born and trained to lead, Kamehameha possessed all the qualities of a strong leader. Powerful in physique, agile, fearless and possessing a strong mind, he easily inspired loyalty in his followers. Though ruthless in war, he was kind and forgiving when the need arose. He used new things and new ideas to promote his own interests. He appreciated the advantages offered by foreigners and used them in his service, yet he never fell into their power. Kamehameha’s good judgment and strong will prevailed. Through constant vigilance and internal strength, he held his kingdom together until the last days of his life.”